Glencal technology Co., Ltd. successfully developed the RedoxMaster technology which can dry organic matters very rapidly at low cost and low temperatures, without carbonization and oxidization. We hope to contribute the sustainable economy where environmental protection and economic growth coexist by applying the advanced drying technology to various areas.

Glencal technology Co., Ltd. was set up in 2013 to specialize environment businesses. It evolved from Glencal Co., Ltd, which was established in 2002 and has been engaged in investment, M&A advisory services, and consulting services in various fields such as medical and environmental industries. In the last decade, Glencal Co., Ltd has been increasingly dealing with the environment-related businesses, including investment in green business, supporting management of these businesses. Through these activities, we found that excellent environmental technologies invented in Japan have not been monetized because of various causes. We thought it is more important for us to develop and productize these technologies rather than just to invest and consult these businesses. That is the reason why we set up Glencal technology Co., Ltd. in December 2013. Since then we have developed and productized the RedoxMaster technology which can dry organic matters very speedily at low cost, while avoiding oxidization and carbonization.

The core competence of our company is needles to say that we own the RedoxMaster technology. In addition to that, the various expertise and high-end domestic and global networks that Glencal Co., Ltd has built through investing and consulting businesses are also our strengths which make us distinguished from other competitors. Our mission is to improve the environment of the world by utilizing our cutting-edge RedoxMaster technology and our unique competences. 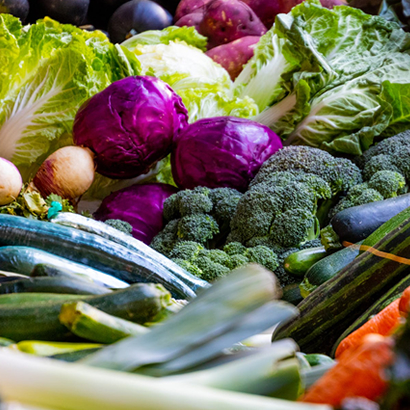 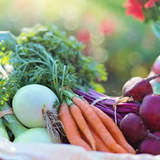 Basically, we do not sell RedoxMaster to clients. (There are some exceptions with some of public or semipublic organizations.) After discussing with prospective partners regarding terms and conditions such as the purpose of the joint project and so on, we produce a customized model of the RedoxMaster. In many cases, the machine is installed at the partner's factory.

The joint project among the client, Glencal Technology and other related parties dry organic matters, and sell the residue processed by RedoxMaster as value added material for biomass plastic, fodders, fertilizers, fuel pellets and supplements. That is our business model. This business model is applicable in any areas where drying treatment is necessary. Successful cases are introduced in the following section.

JA (Japan Agricultural Cooperative) Aoren (in Aomori prefecture) is one of the largest apple juice factories in Japan, as Aomori prefecture produces a vast majority of Japanese apples. One unit of RedoxMaster is installed inside the factory. We treat apple juice pomace by RedoxMaster and process the residue into materials of value added livestock fodder and biomass plastic. As RedoxMaster can dry organic substances below 100℃, the drying cost is extremely smaller compared to conventional methods. The energy cost is much cheaper at Aoren, as the waste heat of the existing boilers can be used as auxiliary heat source. The precious polyphenol in the apple pomace is not damaged after the treatment, as RedoxMaster treat them at low temperatures. The water content ratio of the residue is below 15%, therefore, it can be storable for a long period. Also, the weight is reduced, the transportation cost is cheap to carry those materials to fodder companies and bioplastic factories.

It has been proven that the fodder with a small amount of the apple pomace residue treated by RedoxMaster increases the palatability of cattle, and the quality of meat improves. JA Aoren and Glencal Technology make profit by selling the processed apple pomace to livestock feed manufacturing companies.

The project which won the environmental business competition for the Aichi prefecture's subsidy aims to produce materials of bioplastic and animal feed from coffee ground generated from a multinational beverage factory in Aichi prefecture. Our RedoxMaster is used to dry the wet coffee ground rapidly at low cost without damaging the nutrients and energy in the coffee ground. Recently, the problem of plastic waste has been the hot topic all over the world, and the regulations to reduce the consumption of petroleum plastic have been tightened significantly. Responding this move, Japanese government has also set the official target to increase production of bioplastics. However, the largest obstacle to achieve the aim has been the fact that a huge amount of fossil fuel is used to dry biomass which is to be material of the bioplastics. As a result, there has been the contradiction that manufacturing bioplastics put large burden on the environment rather than being eco-friendly. Furthermore, the high cost for producing bioplastic has been the reason why the material has not been widespread.
Our RedoxMaster has eliminated this obstacle. By introducing the machine in the drying process, the cost and time to dry organic matters improve dramatically. Moreover, RedoxMaster can avoid oxidization and carbonization of the organic matters, as it does not use high heat. This is advantage because oxidized and carbonized residue causes problems of strength when they are used for bioplastics. The residue treated by RedoxMaster are even and fine particles which are easy to mix with petroleum plastics, although the residue processed by conventional methods such as high heat and centrifugal machines often become dumpling.
Glencal Technology and partner companies make profit by selling the coffee ground residue dried by RedoxMaster to fodder companies and bioplastic companies as materials for livestock fodder and bioplastics.

Case examples (including the cases which are currently being tested)

Plastic problems in Japan and abroad

Recently, the problems regarding plastics such as low recycling usage of plastic waste and ocean pollution by plastic have been a global issue to solve urgently. As widely reported, the Collins dictionary in the UK choses "the word of the year" every year. The word, "Single use " was chosen as "the word of the year" in 2018. This indicates how single use plastic such as straws, trays and cups have affected the world's environment including oceans and rivers badly in recent years. Responding this trend, more and more corporations such as Starbucks, Kentucky, Hilton hotels and so on have declared they would stop usage of single use plastic.

According to the repot of UNEP in 2018, "Single Use Plastic", the volume of production is the largest in packaging sector, consisting 36% of the total production of plastic products. Japan waste the second largest amount of plastic per capita, following the US. Although it is thought that Japan is an eco-conscious country, the reality is different from the image.

The are some challenges for spreading bioplastics. Firstly, the production cost of bio plastics is expensive. Secondly, a large amount of fossil fuel is consumed to produce bioplastics. Thirdly, strength and heat-resistance of bioplastics are not so good. The first and second disadvantages are related closely. In order to dry biomass to be mixed with petroleum plastics, high heat is necessary, consequently, huge amount of fossil fuel is consumed to generate bioplastics. It means the production cost becomes expensive and the environmental loading becomes significant. However, by treating the biomass by RedoxMaster, these challenges which have been prevented bioplastics from spreading can be solved very easily. RedoxMaster dry organic matters significantly fast at low temperatures, it is possible to reduce the production cost of bioplastics hugely compared to conventional drying technologies. Moreover, it does not oxidize and carbonize organic substances, the problem of strength can be settled.

We hope our new generation technology, RedoxMaster can contribute to address the plastic wastes problem in the world. 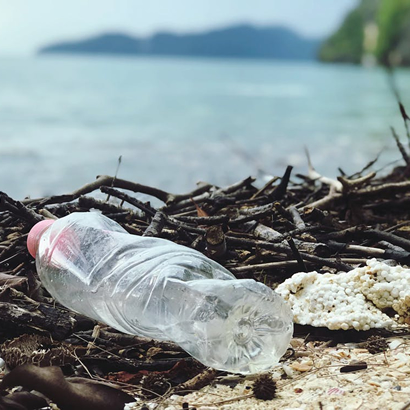 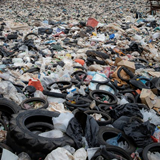 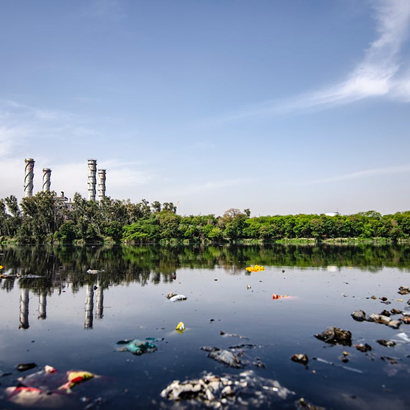 President
Mr. Masahito Nakaishi
Mr. Nakaishi worked as an interest rate derivative trader and a private banker at HSBC Tokyo after he graduated from Sophia University with BA in international laws. Since he left HSBC, he set up Glencal Co., Ltd. in 2002 where he has been involved in investment, M&A advisory and IPO consulting and other management consultancy. He has been working mainly in the environmental business, medical business, automobile industry and so on. Recently he has focused in the environment business. In 2003, he set up an environmental company specializing in electricity optimization technology with his business partners in Australia, the company was rewarded as the second fast-growing company in Austria by the Australian prestigious economic magazine, BRW. Through these achievements, he has been more interested in the green business and decided to establish the Glencal Technology Co., Ltd. which develops the cutting-edge drying technology. At Glencal Technology, he is responsible for key activities including technology development, marketing and management.

Director
Ms. Masumi Maeno
Ms. Maeno started her career as an interest rate trade at the Long-Term Credit Bank of Japan (current Shinsei Bank) after she earned BA in Chinese Studies at Tokyo University of Foreign Studies. She was given a Master of science in Global Politics by London School of Economics and Political Science. She met Mr Nakaishi and Mr Kitasato when she was working at HSBC Tokyo as a trader and set up Glencal Co., Ltd. with them in 2002. At Glencal she has been engaged in international M&A advisory businesses, investment and consulting in environmental businesses. In 2013, she set up Glencal Technology Co., Ltd with Mr Nakaishi and assumed the job on director. She is responsible for exports/imports, marketing, market analysis, management and PR.

Director
Masahide Ito
He joined Honda Cars Co., Ltd. after acquiring BA in economics from Nagoya University. He played an important role as director to make the company listed as the VT holdings Co., Ltd. at Nagoya Stock Exchange in 1998. Since then he has contributed to expansion of the company through M&As and having subsidiaries go public. VT holdings' stock was successfully moved to the first section of the Tokyo Stock Exchange in 2005. Currently, he is working to expand business to the European and Oceanian markets. He has been director from the beginning of Glencal Technology Co.,Ltd in 2013. He is supervising operations at Glencal Technology and is managing director at VT holdings. Co., Ltd.

Only for renting and leasing 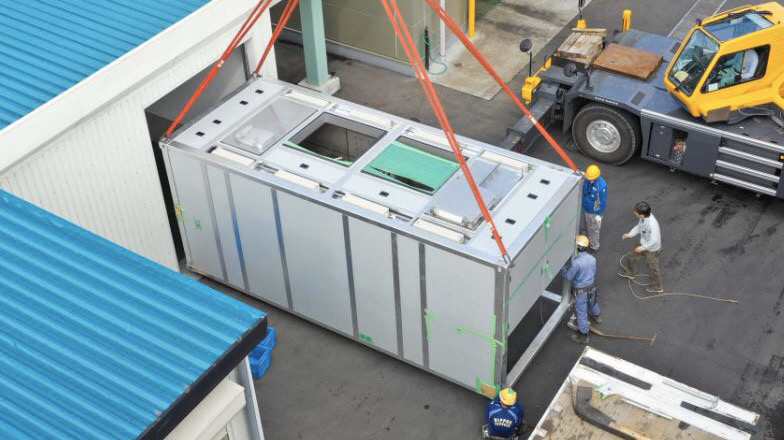 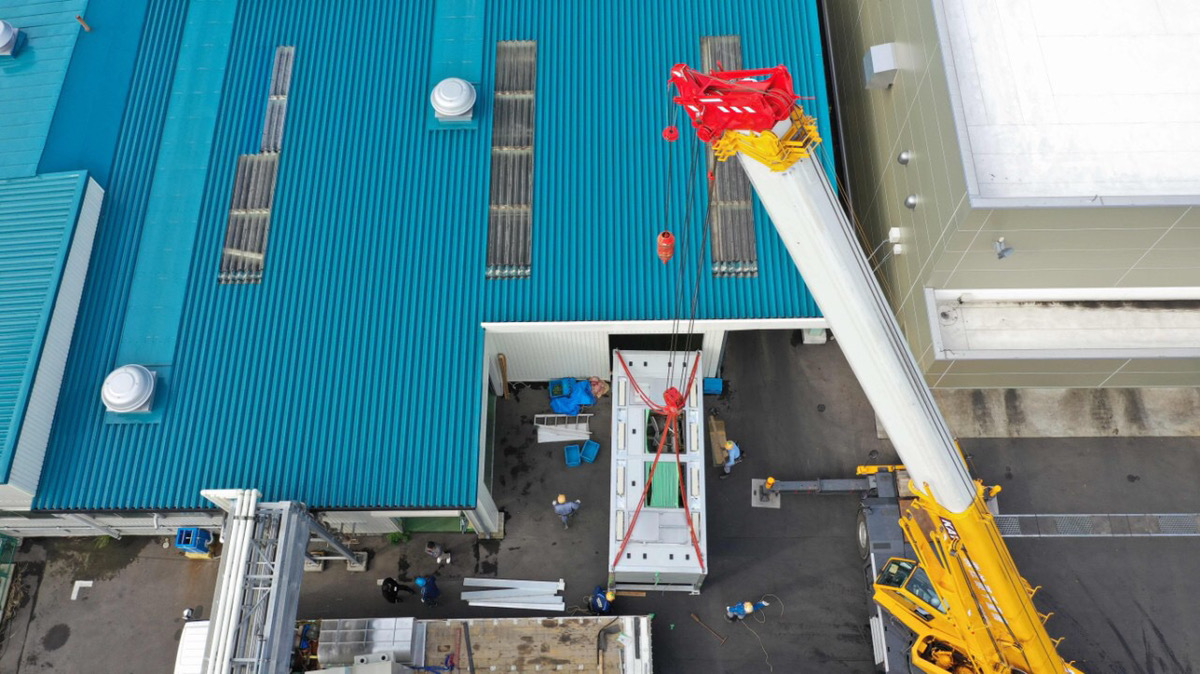 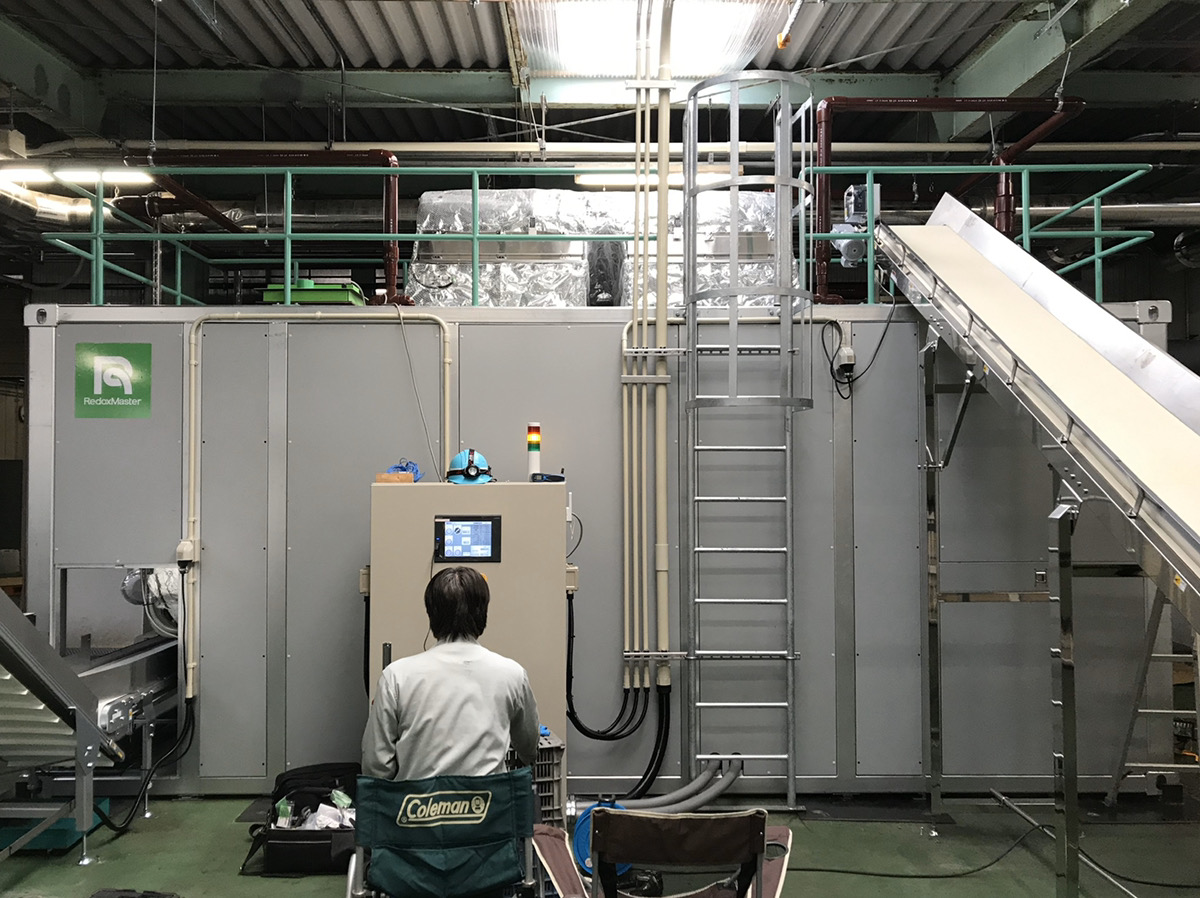 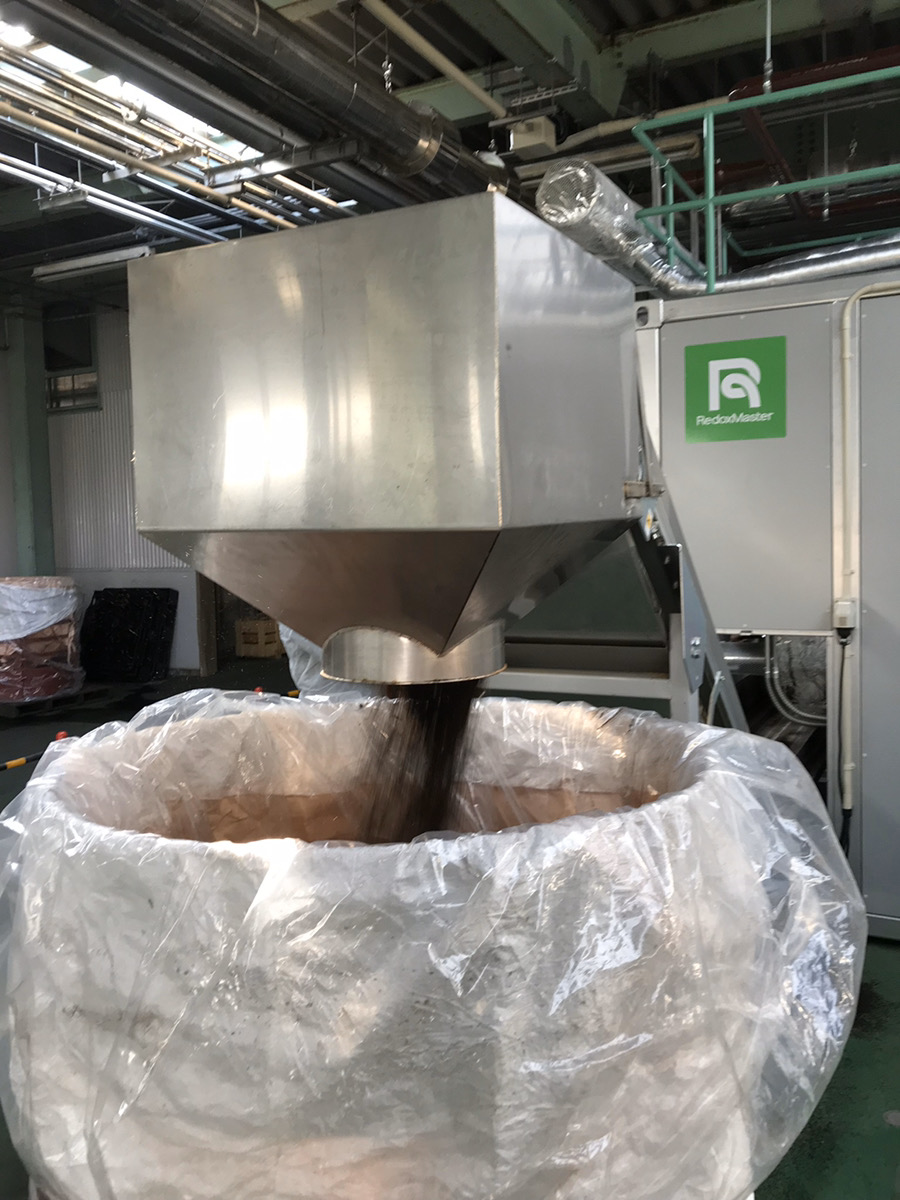 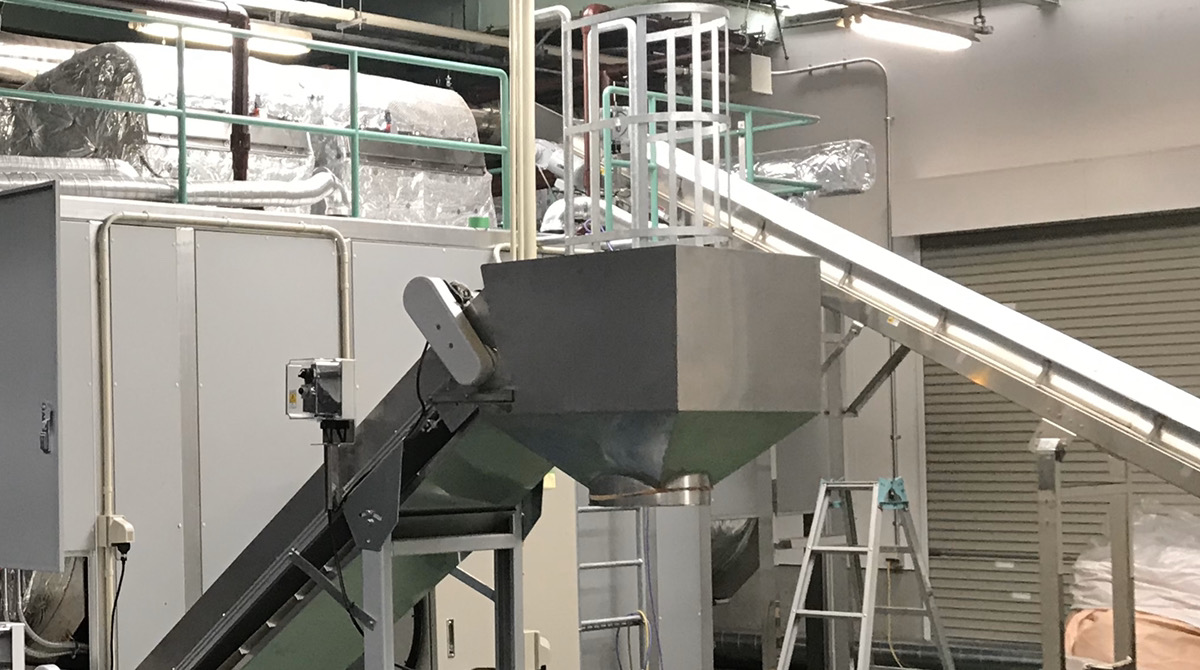 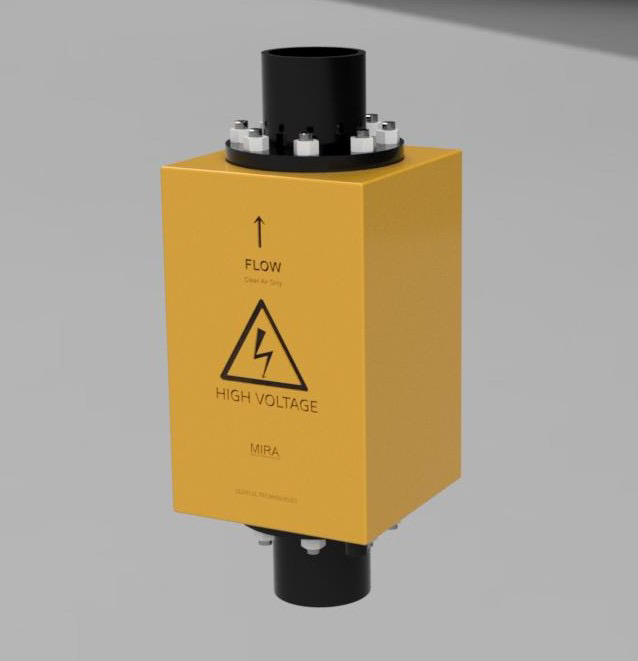 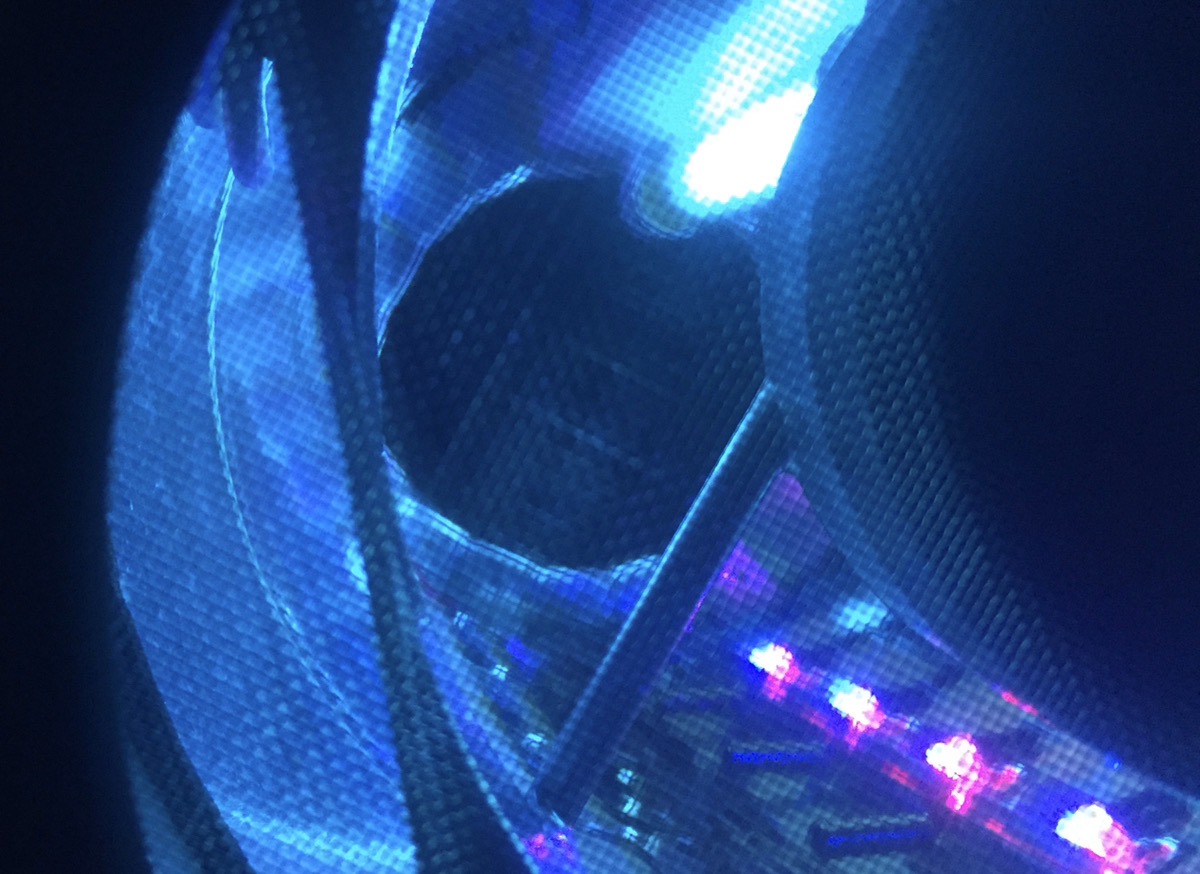